Immerse yourself in the universe
of bioinspired flight

We develop drones for recreational and entertainment purposes

Inspired to become a beta-tester, or just curious?

Watch the drones in action

Digitization has confined life to circle around screens. We believe it is important to create experiences that liberate us from this nexus. Nature allows us to lose ourselves in the elegance and mystery surrounding it. We sought inspiration from birds and dragonflies, to design our drone that provides a new source of fun, learning and excitement in a safe and less intrusive way.

Experience & passion
Being a university spin-off, we have over 10 years of experience with studying flapping flight and developing flapping wing robots. Being engineers by education, we are passionate about nature and its ingenious solutions. Over the years our bio-inspired technology matured, and it is now ready for real world applications.

Entertainment, and beyond
Our journey began by creating solutions for the entertainment industry, but we soon encountered new opportunities in the consumer and research spaces. Ultimately, we aspire to create a new class of flapping wing drones for consumers and professionals interested in non-intrusive and safe drone solutions in human-shared spaces. The possibilities are endless: Engage with us and let’s explore them together! 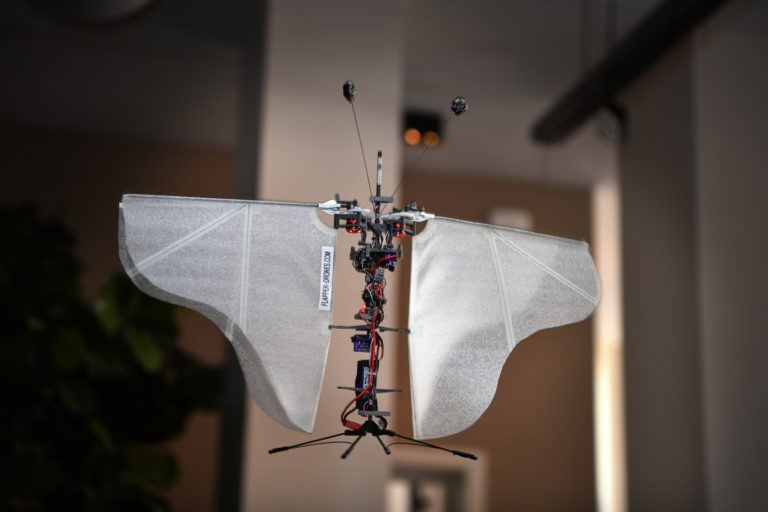 Looking for a reliable and robust platform for studying flapping-wing flight or swarm research? 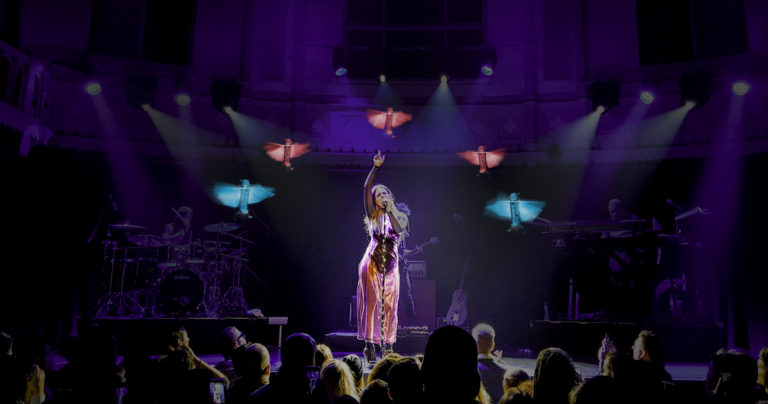 Would you like to see robotic birds, butterflies or fairies flying during your concert, festival or in your theme park? 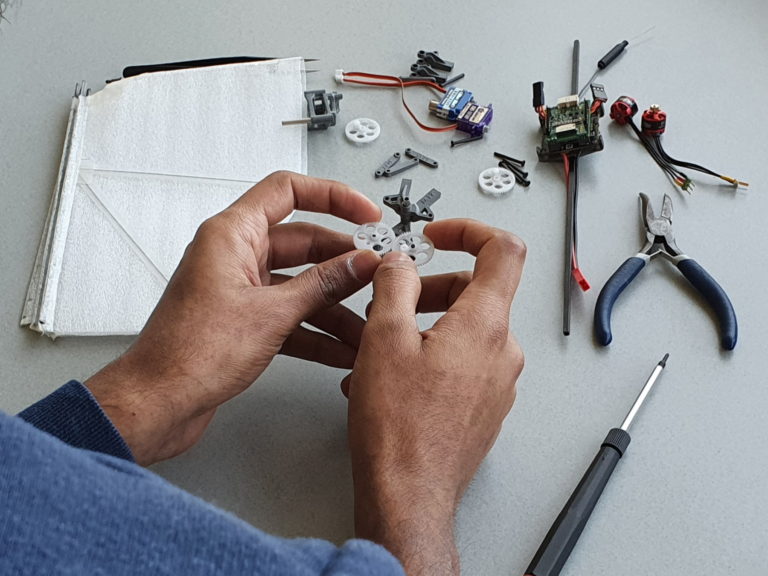 How does the Flapper fly

Flapper Drones fly like birds or insects by flapping their wings. To lift the drone, the wings need to flap back and forth 12 times per second. Having four wings, just like dragonflies do, improves flight stability and power efficiency. The wings and their motion have been carefully optimized in order to maximize the flight time per battery charge.

Turns and other maneuvers are executed by altering the motion and geometry of the individual wing pairs. An onboard flight computer is needed to assist flying these drones, since a human pilot alone is unable to steer fast enough. Using information from the on-board gyroscopic sensors (which are by the way also bioinspired), the computer updates the wing motion parameters as frequently as 500 times per second.

Having full control of the body rotations (roll, pitch and yaw) and the thrust force that the wings produce, Flapper Drones can fly in any direction. They can take off vertically like a helicopter, hover and fly forward/backward or sideways by tilting their body in the respective direction. The transition can be slow and smooth, but also very agile. A Flapper Drone can accelerate from hover to fast horizontal flight and revert back to stand still in no time.

Lightweight drone, no propellers. The wings of our Flapper Drones flap back and forth, gently bouncing off objects, causing no damage.

The naturally moving wings give the Flapper Drones an attractive look, which can be further enhanced by custom organic-looking shells illuminated with programmable RGB lights.

Drone = source of annoying buzzing noise?
Not anymore, the flapping wings of our drones produce a natural low-frequency sound that is less intrusive.

The wings and body-shell of the Flapper Drones are fully customizable. The drone has sufficient thrust reserves to integrate a different autopilot system or additional sensors.

We design our Flapper Drones to be robust and easily serviceable. The critical components (wings, flapping mechanisms, ..) can be easily replaced in no time.

Flapper Drones can be controlled just like a quadrotor; up/down, forward/backward or sideways. It can be operated autonomously using a localization system (motion capture, UWB, GPS).

We provide ready-to-fly drone platforms as well as customized solutions for your bio-inspired research projects. As a university startup, we understand your needs and are always excited to explore new territories.

Easy servicing
Critical components can be easily replaced in no time.

Custom solutions
We have the expertise as well as curiosity. 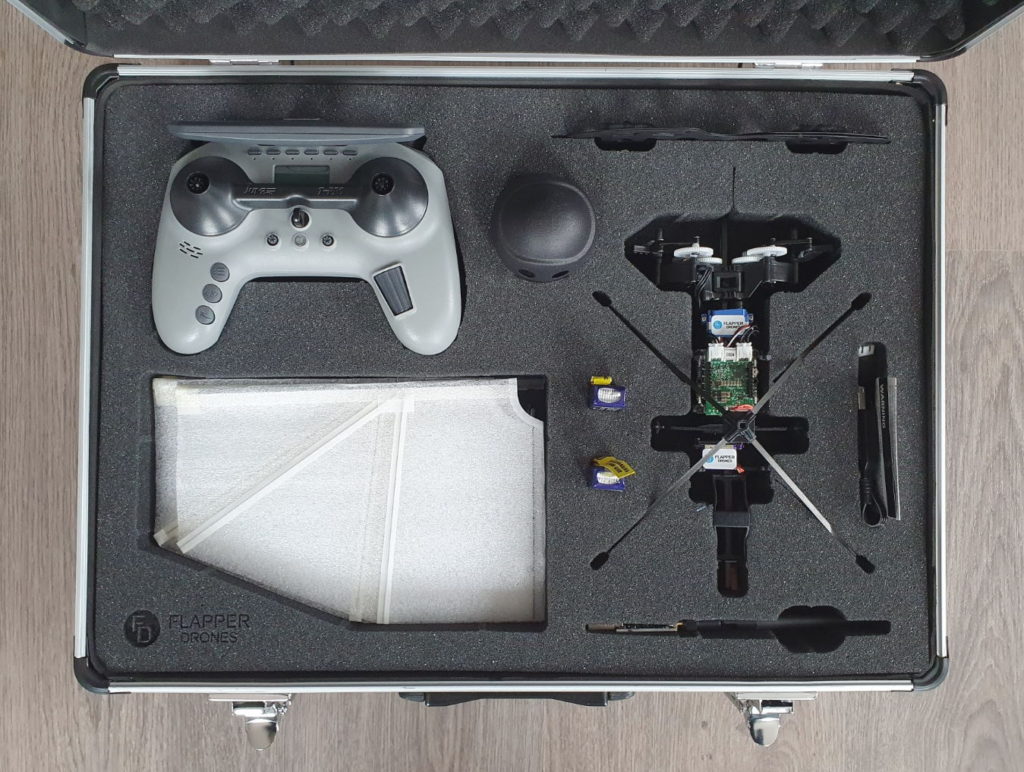 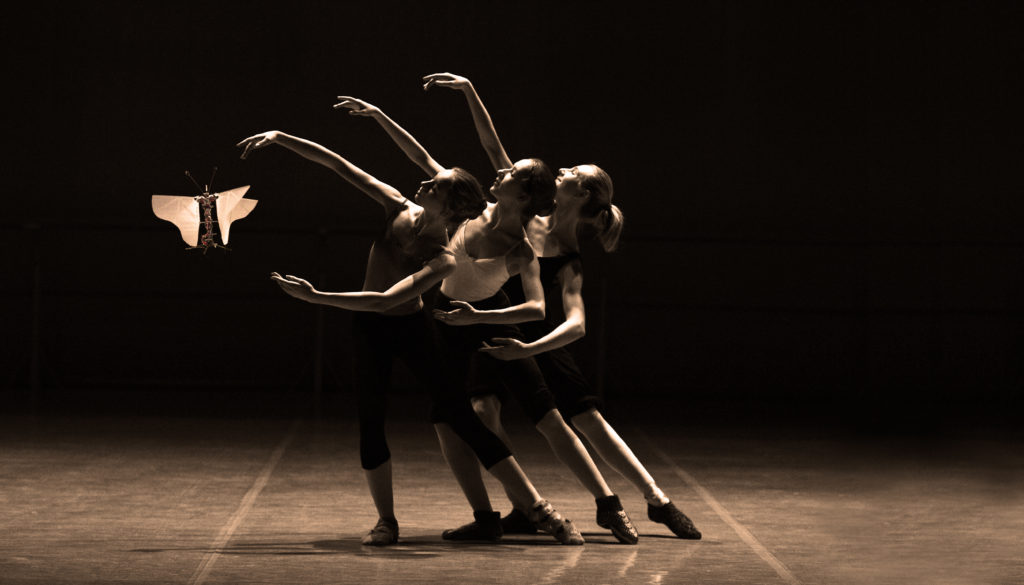 We create unique visual experiences with artists, theme parks and theaters. We get together with our clients to understand their needs and work together on customized solutions, from choreography to visual effects.

Light effects
Control the color paterns and illumination of each drone.

The DIY kit’s intuitive design allows for a fun and engaging experience. It is a hands on approach to learning a novel flying mechanism. The assembled drone can be controlled precisely but also flown dynamically, and thus offers loads of fun both indoors as well as outdoors.

Easy to build
Have fun & learn how it works.

Easy to fly
Easier and more intuitive than quadcopter.

Be creative
Come up with your own shells and wing designs. 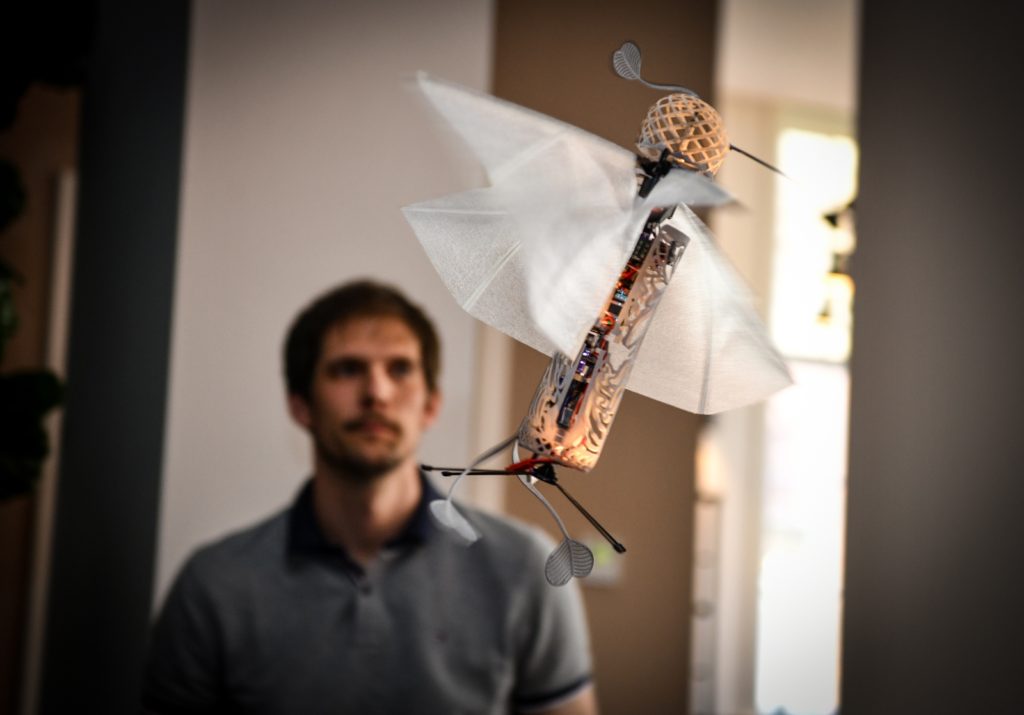 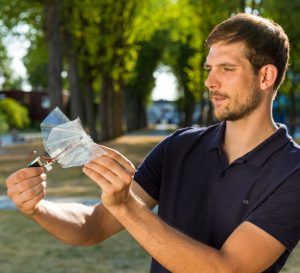 Matěj is a mechanical engineer with a PhD in Engineering Sciences. He has 10 years of experience in development and research of flapping wing aerial vehicles at Delft University of Technology and at Université Libre de Bruxelles. Matěj is also a passionate mountainbiker and participates in long-distance bikepacking events. 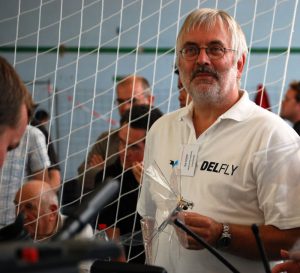 Rick is an experienced aerospace engineer. He spent a large part of his career as aerodynamics specialist in the automotive industry, and has been running an engineering consultancy company for the past 25 years. Rick is also an active participant of international RC-model-airplane competitions. 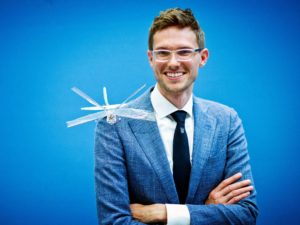 Guido is a professor at TU Delft. Being the scientific lead of the Micro Air Vehicle Laboratory, his research interest lies with computationally efficient, bio-inspired algorithms for robot autonomy, with an emphasis on computer vision. The laboratory also develops lightweight flying robots, such as the DelFly flapping wing MAV.
Envelope Linkedin Link 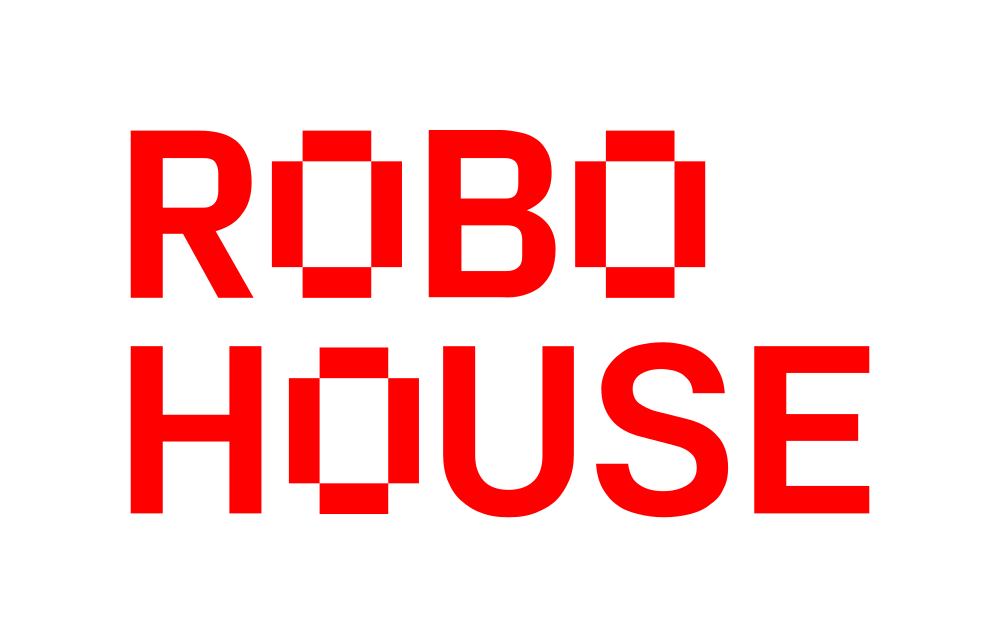 As of March 2021, we have open positions for interns in the following fields:

Currently, we have no open vacancies.

Nevertheless, if you feel that with your skills you could be an invaluable addition to our team, spontaneous solicitations are encouraged!

To apply and for more information, please send your CV, a brief cover letter explaining your motivation to work with us and examples of you previous work to: jobs@flapper-drones.com